The Class of 2020 Was Headed Into a Hot Job Market. Then Coronavirus Hit.
Media Features

The Class of 2020 Was Headed Into a Hot Job Market. Then Coronavirus Hit.

By Paul Solomon in Media Features March 30, 2020
Solo Management > Insights > Media Features > The Class of 2020 Was Headed Into a Hot Job Market. Then Coronavirus Hit.

Internships evaporate, career fairs are canceled and some college seniors wonder if they should even bother looking for jobs

Marie Chailosky is graduating this spring from Ohio University with a bachelor’s degree in journalism. She had plans to intern this summer in Nashville at Warner Music Group Corp.’s radio streaming department. Thursday, that offer evaporated. 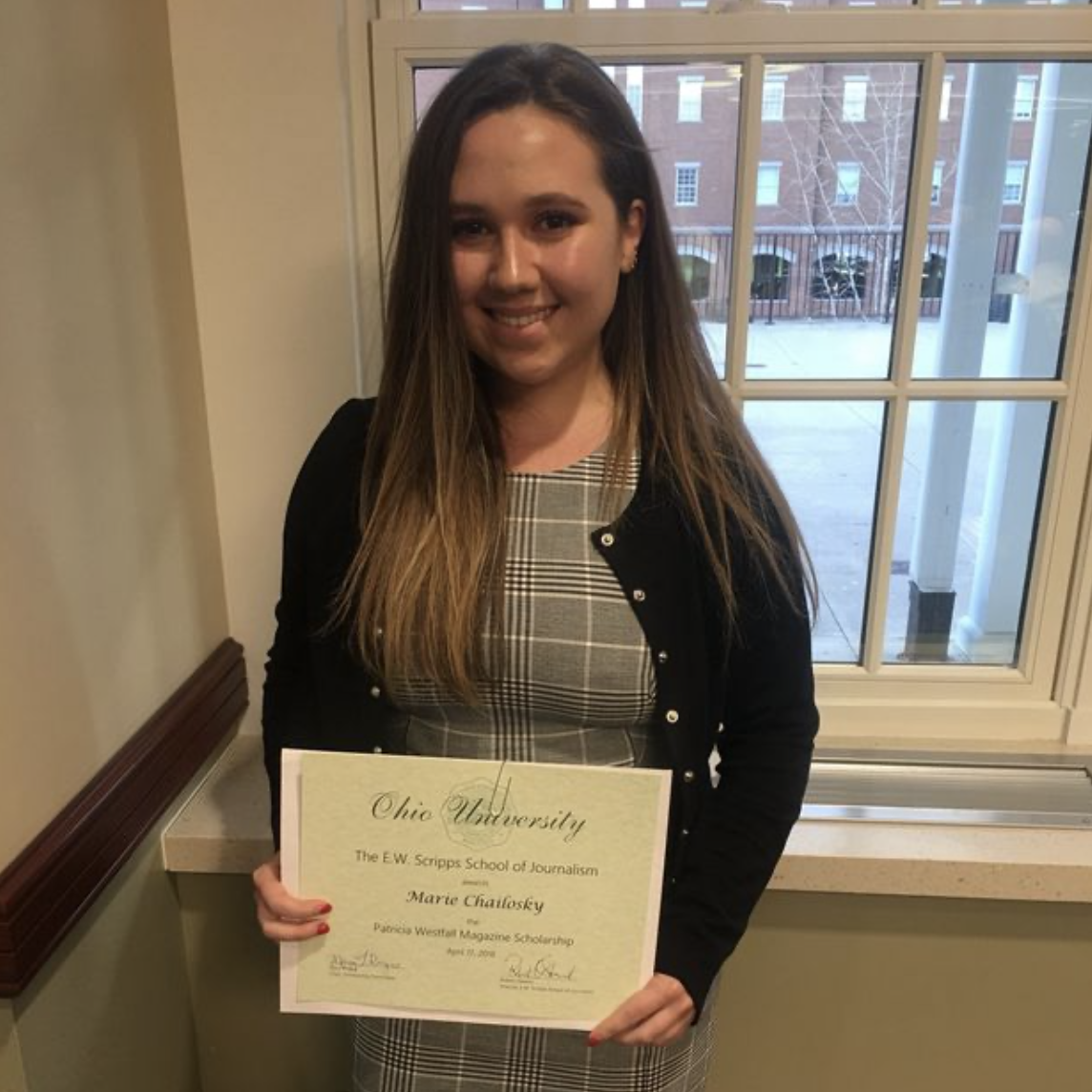 Ms. Chailosky, 22 years old, says several classmates have had job offers pulled amid the economic chaos borne from the new coronavirus. She was also laid off from her hostess job at a brewpub in Athens, Ohio, and with her internship falling through, she says she plans on staying at her parents’ home in Florida for the foreseeable future.

“I’m really not sure what’s in store for me,” she said.

A Warner Music spokesman said, “While many of our offices work from home, we’ve temporarily paused our intake, with a view to resuming in the fall semester.”

A month ago, college seniors across America were preparing to graduate into the hottest job market in decades. Now, graduation ceremonies scheduled for May are canceled, three million people have filed for unemployment as businesses shutter to stop the spread of disease and many of the soon-to-be degree holders who don’t yet have jobs are wondering whether they should even bother looking.

Stacey Moynahan, an assistant dean of undergraduate programs and business school career service at Chapman University in California, is counseling students not to hold out for their dream job. “There are going to be opportunities that surface. They may not look like you thought they were going to look. This is not the time to stop your search, or stop networking.”

As students were ordered off campuses in recent days and began logging into virtual coursework to finish the semester, internet message boards filled with questions and rumors about bumped start dates and rescinded offers, capturing the growing anxiety among even the most well-positioned new hires.

Major accounting and consulting firms together hire tens of thousands of newly minted graduates every year through a fall recruiting process that can make many seniors’ spring semester a worry-free one. Company spokespeople for Ernst & Young, Accenture PLC, Pricewaterhouse Coopers LLP and KPMG LLP confirmed that the employers plan to honor offer letters already extended to graduating seniors for 2020.

The campus recruiting team at Jefferies Group LLC, a financial-services firm, contacted its summer intern class and universities to say that the summer internship program might require some adjustments, but no offers are in jeopardy.

Erika Hanlan, a career adviser at Worcester Polytechnic Institute in Worcester, Mass., said there have been disruptions to the co-op programs many students participate in throughout the year in paid roles that often lead to permanent job opportunities. Walt Disney Co. ended one student’s co-op experience early, and Southwest Airlines Co. paused its internship and co-op opportunities, she says. One student Ms. Hanlan advises who had secured a job offer in the fall had it rescinded earlier this month. 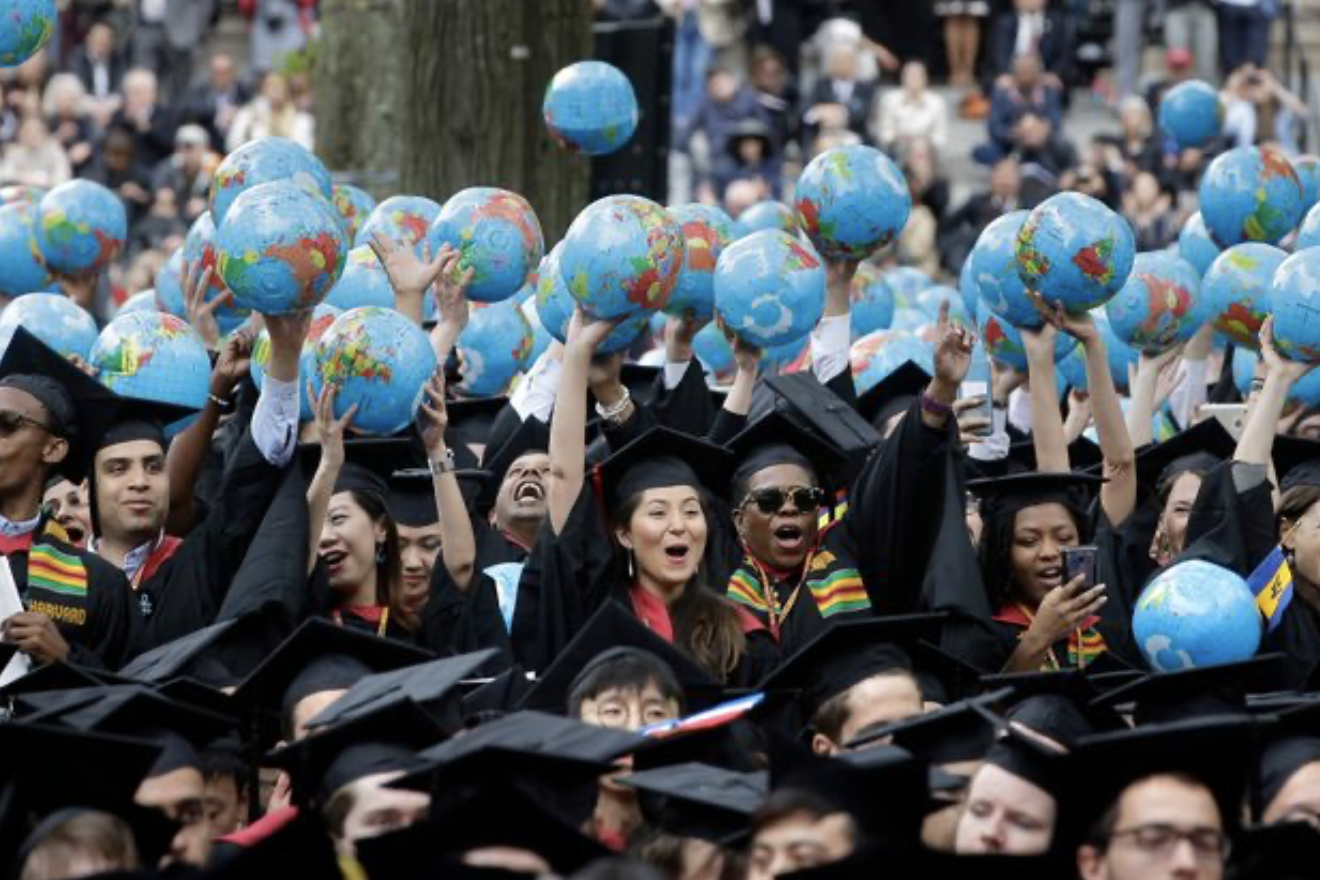 “Finance, consulting, accounting—a lot of those already did the bulk of their hires in the fall,” says Christine Cruzvergara, vice president of Higher Education & Student Success at Handshake, a job-search tool for college students. But students pursuing roles in other industries, including advertising, public relations, education and creative fields, are more likely to be starting their job search now, she says.

Graduating into a recession can have a lasting impact. College grads who entered the job market during the recession of the early 1980s had, 15 years after graduation, wages that were 2.5% lower than graduates who didn’t start out in a downturn, according to research by Lisa Kahn, a University of Rochester economist.

Employers and campus advisers alike are stressing that it is too soon to know exactly how the coronavirus pandemic will change new grads’ prospects. Paul Solomon, founder of Wall Street recruiting firm Solo Management, says that health care and biotech students are well poised to enter the current workforce in great demand, while hospitality, business and finance grads may face a steeper climb.

Christian Williams, 21, is a senior at the University of North Carolina double majoring in economics and Russian. The Nashville native says he has been looking for a role in equity research or financial planning since the fall and was hoping something would pan out from the many on-campus job fairs and other recruiting events scheduled for the spring. Those events have been canceled or moved online, he says.

“I feel like I worked my butt off through college to get a job and it’s frustrating.”

Olivia vonNieda, who is graduating from Harvard Business School in May, was planning to launch a cold-brew coffee device after graduation, but says no one is making the parts she needs right now. So she says she is considering a return to the health-care industry, where she worked as a forecaster for a pharmaceutical company that makes a cancer drug before she went back to business school.

“It’s so unprecedented,” she says of the upended economy. “We’re making a premium product so that kind of depends on people having disposable income for a nice coffee machine.”

William Botto, 22, is a senior at Champlain College in Burlington, Vt., majoring in computer science and digital forensics. He has had cybersecurity internships every year of college and secured an offer from a global tech company in February, after initial interviews with a campus recruiter. As far as he knows, his offer and August start date are still valid.

He has had less luck finding an internship for this summer, and says that many posts on job sites now click through to expired listings. Job security is touted to students as a major selling point of studying cybersecurity, he says, adding that he worries that may change just as he and his classmates enter the workforce.

“Now more than ever,” he says, “I have to think, do I still have job security?” 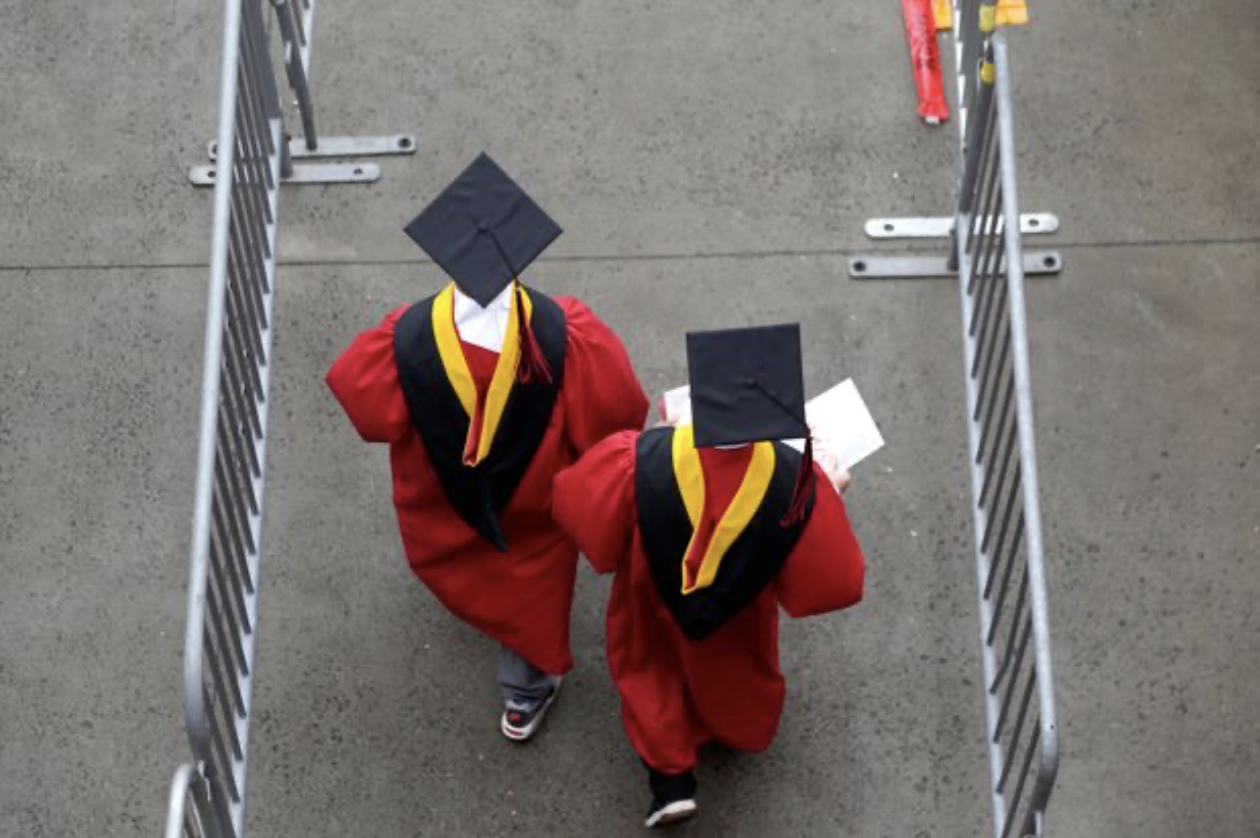 Employers and campus advisers alike are stressing that it is too soon to know exactly how the coronavirus pandemic will change grads’ prospects. Photo: Seth Wenig/Associated Press

A Top Employer of M.B.A.s Creates a Degree of Its Own